sunday was the celebration of memorial day for me. dropped flowers off in turners at the accident site for nick and then drove up to leverett after ordering my band and brought white roses and sat and talked. i was touched to find one of my letters in a zip lock bag for safe keeping at the cemetery. it means his mom cares about how people felt (feel) about nick.

later jaime, corey and i went up to new hampshire and bought a lot of roman candles and some other fireworks. we went to henry's house for the bbq and what an interesting night it was. first, being a dyer was strange because tim kept pointing out how strange it was to see jaime being sweet, corey kept talking about how he needs to get used to me being part of the family, and kim kept asking about being married. however, it's a good feeling to be a part of something where i know that i'll always have someone looking out for me. welcome to the family. anyways, the night was good. i'll recap, jaime made me the first real smore i've ever had, i got to shoot corey with a roman candle (hit 3 out of 5 times), jaime ended up getting into a brawl with someone and got road burn, and finally corey went streaking down route 63 with dustin doing jumping jacks in the middle of the road while cars beep and flash their lights.

AND LAUREN'S HOME FOR GOOD! SUPER EXCITED, CAN'T WAIT TO SEE HER AND EMMAFACE<3<3

I just found a friend
in one of your lies
to treat me so nice
I can't believe my bones
when they say so many things
they tell me I am fine
believe me I, I try

Ever so sweet...
you make this seem
the way things go
its not my fault
and I'll miss
I'll miss you so good
through all of those nights
we lost our way back home

Ever so sweet
you baked it in cakes for me.
What you left behind,
it hurts my teeth.
Bring in the past
with the postcards you sent for me.
Every line,
it brings me right back down.

Ever so sweet
you baked it in cakes for me.
What you left behind,
it hurts my teeth.
Bring in the past
with the postcards you sent for me.
Every line,
it brings me right back down.

i don't know what to write about anymore.

winter kills me every year. looking back i have great friends during the winter, yet because i am so disconnected during the season i fail to really grasp them until i reflect. two winters ago it was jimmy dancing with me on my birthday and forgiving me when i didn't know how to be with him; it was justin sitting with me on the bean bag chairs or at the stools at the parties just sitting with me; it was jackie driving to bernardston at the middle of the night and sitting in the backseat with me and holding me while i had a nervous break down; and it was nichelle letting me stay in her bed for days when nick died and i didn't know how to feel life anymore. last winter it was valerie, nichelle, daniel, peter davis & co. sitting in huge groups playing never have i ever and endless hours spent in dunkin' donuts.

i was alone. i am always alone, even when i am with people, i am alone most of the time. it's something that becomes easier to ignore, but also something that does not disappear. this winter will be different, though. this winter will be different because i have no one and i don't know how to help myself. i do...i guess it's more that i don't care enough to do it. i care about them and i care about you, who ever you are reading this, but i wont care about me. i just wont do it. 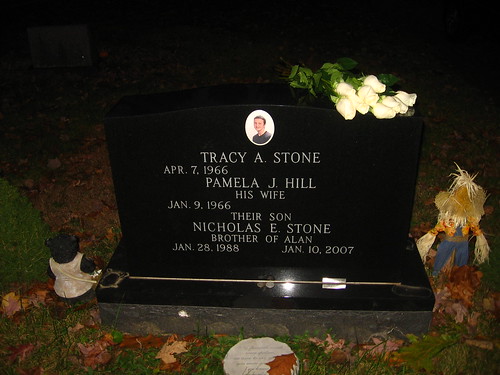 So I use to have this place I love going to. I use to bring my journal or my not digital camera and sit there. On days when I felt good and wanted to share I would bring my youngest sister there where we would have a pic nic dinner and enjoy where we were sitting because it was beautiful. A silver bridge, it was like the silver lining around my ever growing dark cloud. Everyone has their place, I think, and if they don't then perhaps we're just two different types of people. Either way I loved this place, in the winter when it was cold I would go with my mittens and scarves and look at how the moon would dance and create shadows on the snow on the water or reflect off the ice. In the warmer seasons I would dip my feet in the water and watch the little tad poles swimming around.

It was my place and I loved it. I could bask there and I could ponder quietly and very fulfilling-ly there. I should have never share my place. I just came back from my summer away in South Carolina so the August Massachusetts air hit me like a ton of bricks. I wore a black hoodie and a green shirt that was new and I felt like I looked alright and I was anxious because he was coming and I had never spent time alone with him. The door on his car was broke so he had to get out through the other side, he was wearing a grey Have Heart hoodie and his eyes were red and he was tired. I brought him to my place and we sat there and it was romantic and we laughed and talked and we saw a shooting star. I wished to be enough.

I don't want to go into detail. I don't want to dwell because it is not a place I can go and be happy, even though it's been two years. Because when I am there I remember him and how his hand felt in mine and I remember how I just wasn't enough. And it was real, the passion was true. But the hurt and the emptiness, that was also real and that is what I feel in my heart. I remember being left and I remember everything I wish I could forget.

What can I do to drive away remembrance from my eyes? - John Keats

Now my special place is where I go to see Nick because Nick, even after his life ended, makes me feel infinite. His life was short and he had a lot of freckles and one of those voices that would make your insides swell when he spoke to you. Anyways, when I feel alone and need some beauty in my life I go and sit with him and remember because there are only good memories. There is only life and light and love when I am with him even if he is not here with me. I just don't go see him a lot because, though, it is my place, it reminds me of how temporary everything is. It reminds me that it is rare to find someone like him because he and I shared. Not a lot of people share anymore and it's sad.

I imagine the feelings of two people meeting again after many years. In the past they spent some time together, and therefore they think they are linked by the same experience, the same recollections. The same recollections? That's where the misunderstanding starts: they don’t have the same recollections; each of them retains two or three small scenes from the past, but each has his own; their recollections are not similar; they don't intersect; and even in terms of quantity they are not comparable: one person remembers the other more than he is remembered; first because memory capacity varies among individuals, but also (this is more painful to admit) because they don't hold the same importance for each other.

Oh the timing of everything is too much to handle, I'm afraid. I finished that Ian Kerner book, the last chapter or part that his wife wrote I felt I related to more than the entire book and her part was maybe four pages long. It made sense what she said and I looked down the road and I didn't see you and I wasn't completely distraught by that thought.

Now. Now I am here and this is here. And it shook the grey off. And I feel something other than nothing; I don't know really how to handle this. Because it's happening but it's not happening how it's supposed to. Things are different than I imagined. It scares me because I don't want this to happen wrong. Once something is done it can't be changed. Delicate, fragile...baby steps.

edit 2:37am
It is true. But I would rather not hear it said. I keep picturing one of the last scenes from the movie Closer. Where Jude Law makes Natalie Portman tell him that she had sex with the other british actor who is with Julia Roberts. And he tells her it's okay, he just needed to hear her say it. And she says, "I'm sorry, I do not love you anymore."

I've never wrote about this. I've been thinking about it a lot lately. I'm glad it gets easier. I don't know how it gets easier, but I think it has to do with not being able to change it and having to live with it. A lot changes in two years, nearly three now. Regardless, this is for personal record, but I think I shouldn't make it private.

tonight i had a lot of fun.
i met the don, chuck, roach.. and corpo(?)
i only introduced him to 3 new girls.
but tomorrow night i can intor 2 more people.

i saw eric mosher. i've missed him a lot.
he has blue hair now.
he picked me up and gave me a hug.
:)

i hungout with alli a lot too.
i'm happy her and i got to talk.
she's one of the only people i trust lately.

piranah played.
h2h played.
obab played.
they were all good.
jack was out of tune a bit on the disaster song.
but once that was fixed the song was awesome.

meagan and mexican were there.
i love them.
liza was there too.
she was fun to have a conversation with.. or to factor in one with her.
it was mostly her and jack talking lol.

andrew was supposed to come.. but yet he didn't show up.
after the first hour i stopped looking for him.
i dunno i really wanted to see him before i left.
i guess i wanted it more then he did.
i fucking guess a lot of things are different then i think.
ugh what ever.

anyways the night was good.
i hungout with jack a lot of the night.
i got to hold his brass knuckles.
it was fun.
him and i got to.. uh bond a lot.
only thats not the word im looking for.
in any case i'm looking forward to hanging out with him tomorrow.

i saw matt's hiney tonight.
he is the biggest horndog ever haha.
he's really funny though i actually had a conversation with him tonight.
and i think he might know who i am now?
because i am still not knowing who britney is.
heh, manda and him seemed to be having fun.
i like her hair the color it is.


i love how things are never what they seem.
until they are and you can do nothing but wish they weren't.
Collapse